The movie “Concussion,” which opened in theaters on December 25, 2015, has already drawn considerable attention to the dangers of repetitive head trauma, something physical therapists and other members of the health care team have long known and worked to educate patients about.

“Concussion is a rehabilitative injury, and we have to take a rehabilitative team approach, with all hands on deck,” said Jessica B. Schwartz PT, DPT, CSCS, a spokesperson for the American Physical Therapy Association.

Concussions, a type of traumatic brain injury, can damage tissue and cause chemical changes in the brain. Most people recover within a couple of weeks, but others develop post-concussion syndrome, with persistent headaches or dizziness.

“Concussion is a functional injury that can affect the being and self and the ability to interact with the environment, with a job or family,” Schwartz added. 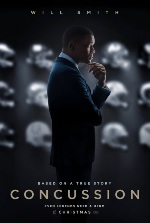 The new “Concussion” movie chronicles the life of Bennet Omalu, MD, and his discovery of chronic traumatic encephalopathy (CTE), a progressive, degenerative brain disease, in retired football players who had experienced multiple concussions while playing. CTE is associated with memory loss, confusion, impaired judgment and impulse control, depression, and aggression. The disorder, also diagnosed in boxers and war veterans, can be confirmed only during an autopsy to find neurofibrillary tangles and neuritic threads.

Research continues to learn more about this disorder. UCLA is developing ways to diagnose CTE in living people, measuring tau proteins and with MRI imaging.

Meanwhile, research has raised awareness of the dangers of repetitive head injuries. A second concussion before the brain has healed from the initial concussion can lead to permanent brain damage, including personality changes and difficulty walking. The Omalu case eventually led to the National Football League instituting a concussion protocol to improve player safety.

“Having multiple concussions is bad news,” said Paul Sabourin, PT, MS, at Beaumont Hospital - Royal Oak in the concussion clinic at the Michigan facility. “We make sure they are back to normal before they return to athletics.”

Fay educates about the importance of wearing seat belts in a car or taxi and a helmet when riding a bicycle and avoiding risky activities, such as skydiving.

In the past, most clinicians recommended rest after a concussion, but guidelines suggest rest may have its place immediately after injury but not long term. Patients who rest too long can become deconditioned, Fay explained.

“It’s important to have good lines of communication among all of the caregivers involved,” Fay said. “We care for the whole patient.”

Fay will start patients doing “exercises that force them to use the vestibular system. Over time, their brain responds, and it improves how they function.” She also may begin a gradual progression of aerobic exercise on a stationary bike while monitoring their heart rate and keeping it below a level that will provoke symptoms. With exercises, patients’ symptoms improve.

Margaret Waskiewicz, MS, OTR/L, unit supervisor in the adult outpatient unit at Rusk Rehabilitation at NYU Langone, explained that occupational therapists focus on symptom management and helping with how a patient’s eyes are working: tracking, saccades, and functional convergence.

“We do a lot of strengthening of the eyes, one at a time and together, and try to tie everything we do into a functional context, so they can practice it at home,” Waskiewicz said. “We will also help organize them and refer them to the appropriate specialist.”

Waskiewicz may help a patient make a grocery list, then go with the patient to the store to buy the items during the next session and then to cook the food during a third session.

Sabourin, at Beaumont, begins by explaining to patients about the biochemical disruption in the brain, the need for balance to be reestablished and why they should not try to return to activities too soon. Then he develops a plan to help the patient regain function. That might include turning the head, standing in the corner and shifting weight from one foot to the other, and progressing to stepping tasks.

“We go slowly at the beginning,” Sabourin said. “We work at their limit and gradually do more over time.”