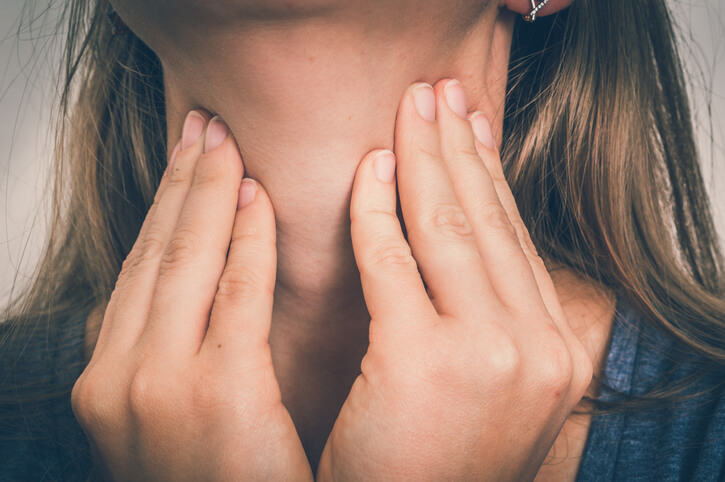 Travel Talk: My Mom Has SD

We have another excellent post by our SLP mentor, Melissa! You can read more about Melissa through her awesome blog: Keeping Up With The Joneses. If you’re interested in getting to know our other travel mentors, check them out here.

My mom was diagnosed with Spasmodic Dysphonia (SD) 12 years ago. I remember her coming down with a cold, getting laryngitis, and then laryngitis never went away. She was diagnosed with Spasmodic Dysphonia by a speech-language pathologist a few months later after several different trips to several different doctors. Spasmodic Dysphonia is defined by the American Speech-Language-Hearing Association (ASHA) as, “…a chronic (long term) voice disorder… [where] movement of the vocal cords is forced and strained, resulting in jerky, quivery, hoarse, tight, or groaning voice. Vocal interruptions, spasms, periods of no sound (aphonia), and periods where there is near normal voice occur.”

My mom was a singer. She loved to teach Sunday School at our church. She has always been very social and outgoing. She had a beautiful voice. All of this has changed because of SD. Because of the SD, my mom’s voice is always hoarse, she reports she never feels that she has appropriate voice quality and rarely can project at the appropriate level of loudness required for different settings. As someone as social as my mother, this is devastating. Over the 12 years that she has had SD, my mom finds herself becoming more and more reclusive, choosing to just stay home or be silent instead of struggling to make herself heard. Many people, family included, have difficulty hearing and understanding her. A world where more and more communication is done via telecommunications or automated systems proves especially difficult for her: because of her hoarse voice, many automated systems cannot understand her. She tells me that one time she locked her keys out of her car, and when she called for assistance, the automated system repeatedly told her, “I’m sorry, I cannot understand you,” before giving her a keypad option and after she broke down in tears of frustration. Activities and settings that she previously enjoyed, like restaurants, meeting new people, reading out loud, singing, and teaching, have now become things she avoids. SD not only affected my mom’s voice, it completely changed her communication style as well. Before being diagnosed with SD, my mom describes her voice as “musical.” Now, she describes it as “difficult.”

For many years my mom has undergone Botox injections into her vocal cords every 3-6 months, the most common treatment for SD patients, but these are often painful and, while they have helped some, have not been very effective. Even with frequent Botox injections, my mom’s voice is never normal. In order to help with her voice, my mom was fitted with a speech-generating device that is supposed to project clear speech with the volume you can control. This has helped but can be slightly cumbersome, as she has to wear a headset with a microphone on it and a speaker box. She has made good use of it, however, because she tells her kids at school that it is a direct line to the principal when they ask what it is. Being unsatisfied and frustrated with ineffective Botox injections and a wearable “voice box,” as she calls it, led her to look into other treatment options.

In just over three weeks, my mom will be undergoing a surgical procedure called Denervation- Reinnervation. This cutting-edge surgery is very exciting and has huge implications for people with SD. Essentially, the adductor branch of the recurrent laryngeal nerve, which normally activates the vocal cords, is surgically cut bilaterally and then reattached to a branch of the hypoglossal nerve called the ansa cervicalis nerve (Berke 1999). While the exact etiology of SD is unknown, it is believed that the fault is neurological, causing the nerve to misfire, resulting in muscle spasms and hoarse voice. Ideally, by changing the nerve that is innervating the muscles that move the vocal cords, the muscles are able to function more normally once again, which produces a better, more “normal” voice. In a follow-up study completed seven years after the original research was published, eighty-three percent of patients undergoing the procedure scored significantly higher Voice Handicap Index-10 scores, indicating “improved physical, social, and emotional well-being” (Chhetri 2006).

In her research about the procedure, my mom has come into contact with several people who had undergone this surgery to try to fix the voice difficulties resulting from SD. All reports significantly improved voices and lifestyles, some even saying it has saved their careers.

This surgery has huge implications for people struggling with SD, including my mom. My mom and I are excited to share her surgical journey with you as a way to hear and see the results of her Denervation-Reinnervation surgery firsthand.