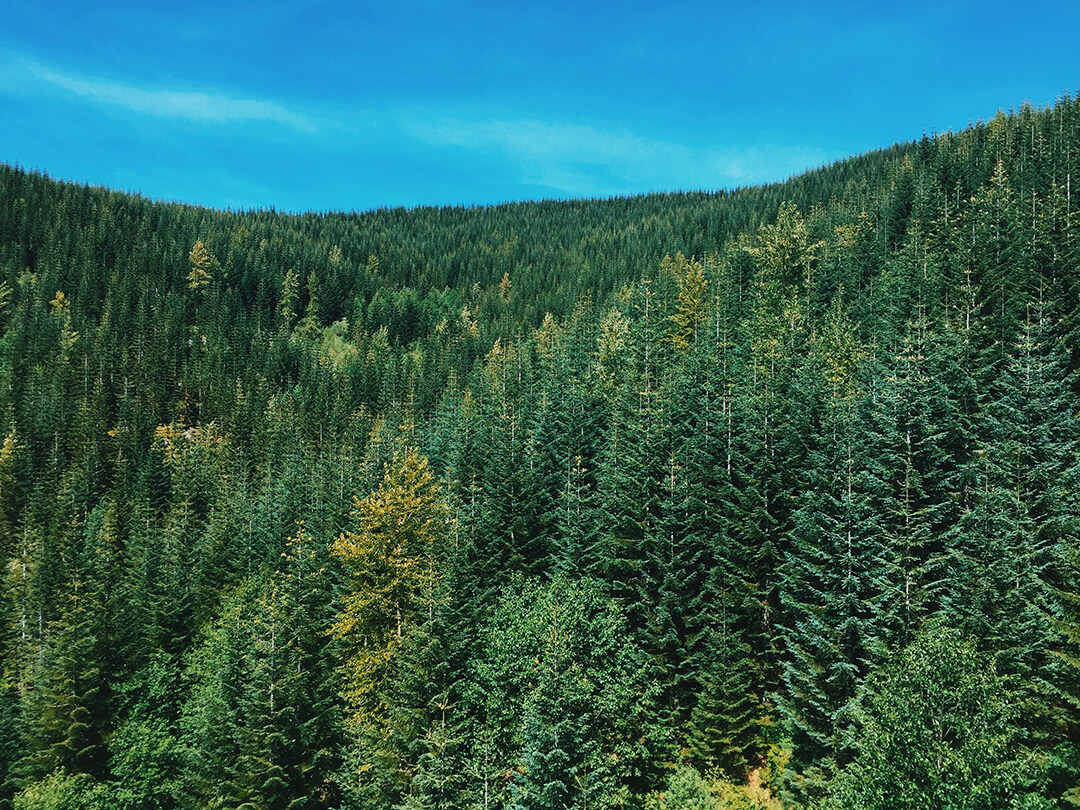 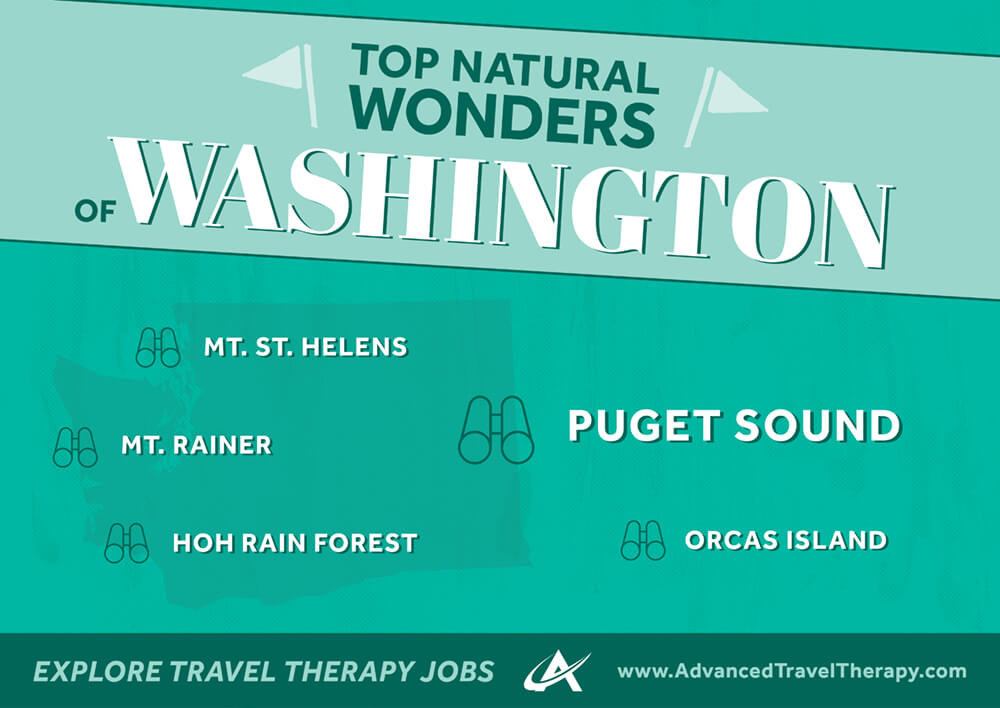 Sure: it blew its top back in 1980 and has been rumbling ever since. But that’s what makes Mt. St. Helens so amazing. Check out the museum to see the devastation caused by the most recent volcano eruption in the continental US, and then you’ll have an extra appreciation of how much the area has bounced back. Plus… check out all that pumice! They are floating rocks. Don’t get to see that every day.

It’s the second-largest estuary in the United States. What does that mean? It means it has water. Lots of it. And along with that water, you get to witness all the sea-life that comes with it. WHALES! BIRDS! FISHES! Hike, camp, and road trip your way through hundreds of miles of nature. And, as a bonus, all your Instagrams will sound extra fancy when you tag them with #pugetsound.

Everyone in the Pacific NW is hoping this, along with all the other mountains in the Cascade Range, doesn’t erupt like #1 on our list. It’s the highest mountain in the state of Washington and is on the list of Decade Volcanoes. Basically, we're saying you should go see this one first. Also, never turn your back on a volcano… back away slowly. We may have this confused with bears.

There’s a reason it’s so green in the PNW, and that’s all that rainfall. The Hoh Rainforest is one of the largest temperate rainforests in the US and has so much flora and fauna in it that there are trees… growing on other trees. That’s like the Inception of forests.

Well, it turns out Orcas Island isn’t named after orcas (or killer whales… or Willy), but there is a small chance you might see some of the famous whales on the ferry ride out to the largest of the San Juan Islands. To increase your chances, you should probably go on a whale watching tour.