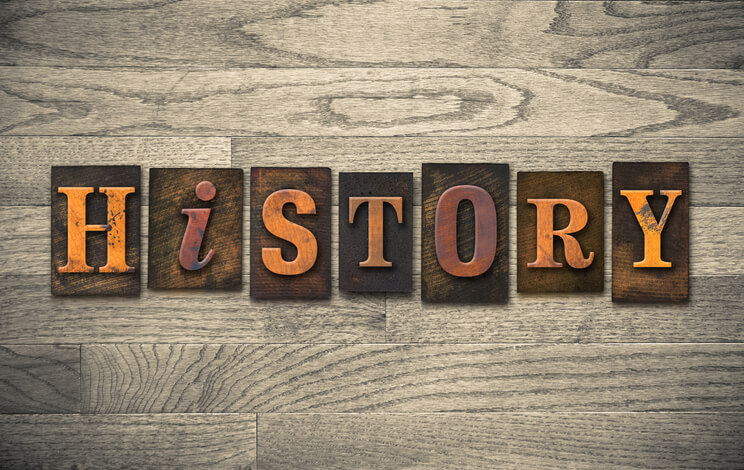 Though the United States is a young country compared to many in the world, historic destinations abound here for healthcare travelers seeking something more from their allied travel jobs.

Among the many cities for history buffs, you are sure to find something that suits your taste.

“In the industry, it’s called ‘cultural heritage tourism’ — traveling to experience the places, artifacts, and activities that authentically represent the stories and people of the past and present,” explains Cheryl Hargrove, author of Cultural Heritage Tourism: Five Steps for Success and Sustainability.

“People are looking for authentic experiences, things they can’t do at home. They want to go to places that will enrich their lives and where (they) will learn something.”

If you count yourself among this group, consider these top historic destinations. 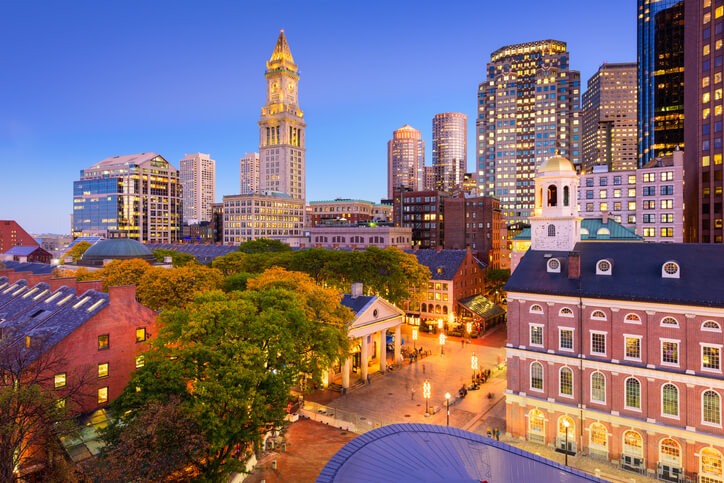 Also must-see: Hop on the MBTA (subway) to visit the John F. Kennedy Presidential Library and Museum on Columbia Point. (Oh, the view of the Boston skyline!) 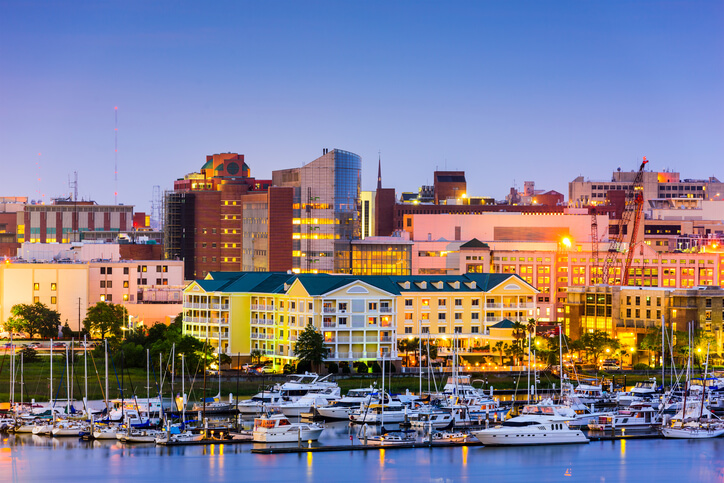 Charleston’s strict preservation laws have helped make this one of the best cities for history buffs.

Down-time destination: Any of the 12 Civil War sites throughout the state.

Start: The 9/11 Memorial (free) and Museum in Lower Manhattan at the former site of the World Trade Center towers. Prepare to be moved while learning of the minute-by-minute details and the impact of that day in 2001.

Also must-see: Ellis Island, where 12 million immigrants entered this country, and the lesser-known Tenement Museum of NYC. Both provide a multi-layered trip through the immigrant experience and life on Manhattan’s Lower East Side.

Down-time destination: The Hudson Valley for beautiful towns, countryside, and the worlds of the American Revolution, Rockefellers, and the Headless Horseman. 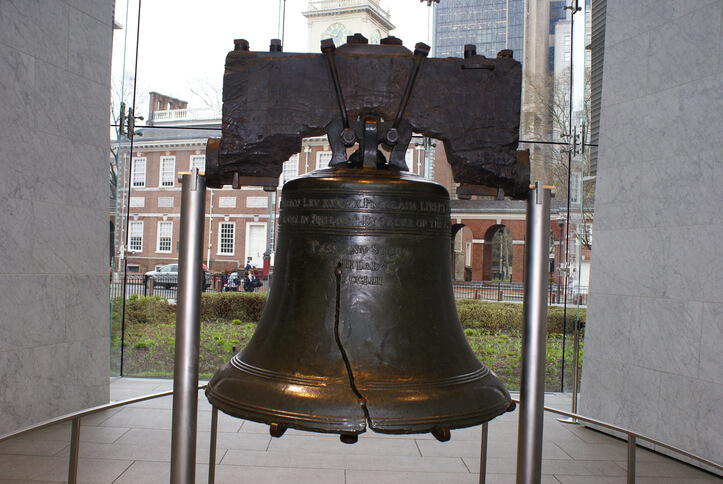 (including Signers’ Hall), the Liberty Bell, and Betsy Ross House.

Also must-see: The President’s House: Freedom and Slavery in the Making of a New Nation. This 24-hour, open-air venue addresses the paradox of freedom and slavery in the first executive mansion, occupied by George Washington and John Adams).

Down-time destinations: The Historic America Revolution Trail of Philadelphia, which leads to sites that are important in early American history; and the Railroad Museum of Pennsylvania in Strasburg. 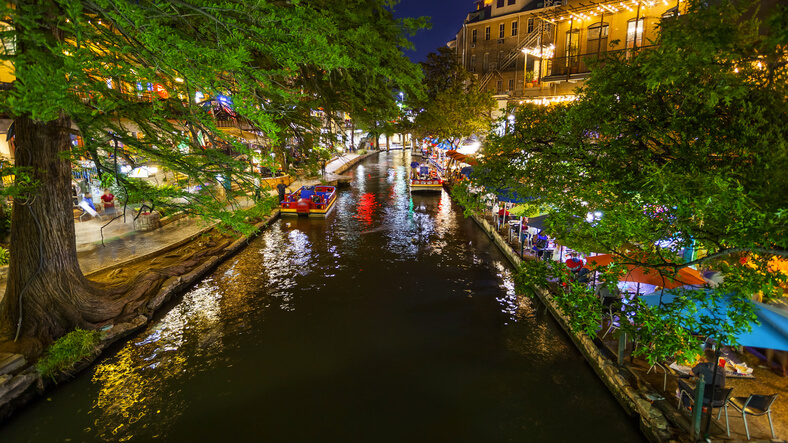 Start: Formally known as the Mission San Antonio de Valero, the Alamo is considered a cathedral by Texans and a symbol of the Texan spirit. Also must-see: Nearby, the River Walk (Paseo del Rio), which provides access to museums, the Mission Trail and the UNESCO-designated Missions National Historical Park. 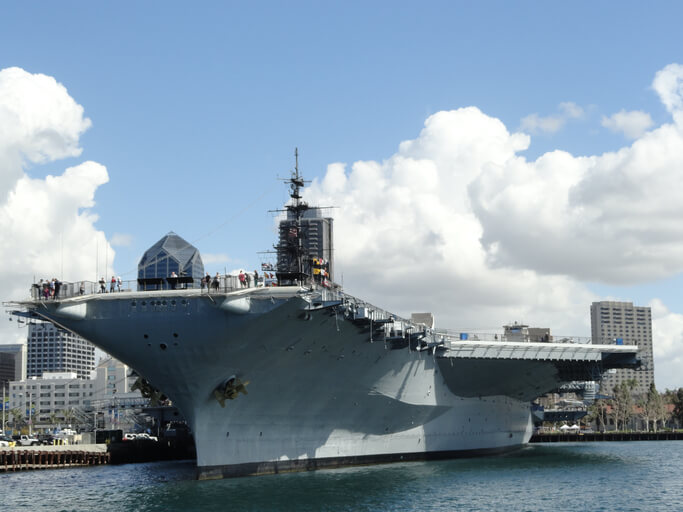 the harbor and visit the USS Midway, an aircraft carrier museum that gets consistent five-star ratings from history buffs.

Also must-see: Chicano Murals (the largest in the world) in Chicano Park under the San Diego-Coronado Bridge; the Hotel del Coronado; and Cabrillo National Monument on the end of Point Loma with its historic lighthouse and an unbeatable view of the city and bay.

Down-time destinations: More historic missions are nearby, including San Luis Rey (in Oceanside) and San Juan Capistrano. Ride the Amtrak Surfliner (it’s a beautiful coastal ride) to the latter and tack on a visit to the charming Los Rios Historic District. 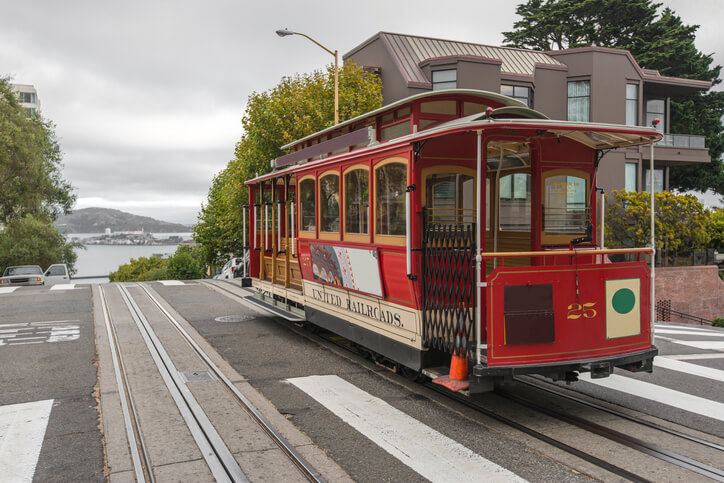 Start The purely fascinating Alcatraz Island, the notorious prison that incarcerated the infamous Mickey Cohen, Al Capone nd Robert Stroud (Birdman of Alcatraz) among others. “The Rock” is popular, so reservations are a must. Dress warmly!

Also must-see: Fort Point, built to protect the bay from attack (it never happened); nearby Storehouse (now the Warming Hut; have a latte); and the Golden Gate Bridge (take a walk).

Down-time destinations: Point Bonita Lighthouse at the entrance to San Francisco Bay, the last manned lighthouse on the California coast; and Coloma, ground-zero of the California Gold Rush.

Start: On the riverfront, the Old Courthouse, Old Cathedral, and the Arch (thrilling ride to the top – 630 feet).

Also must-see: Missouri History Museum in Forest Park for the story of the 1904 World’s Fair and plenty of artifacts.

Down-time destination: St. Charles, a well-preserved historic town on the Missouri River northwest of St. Louis where Louis and Clark left for the unexplored wilderness in 1804. 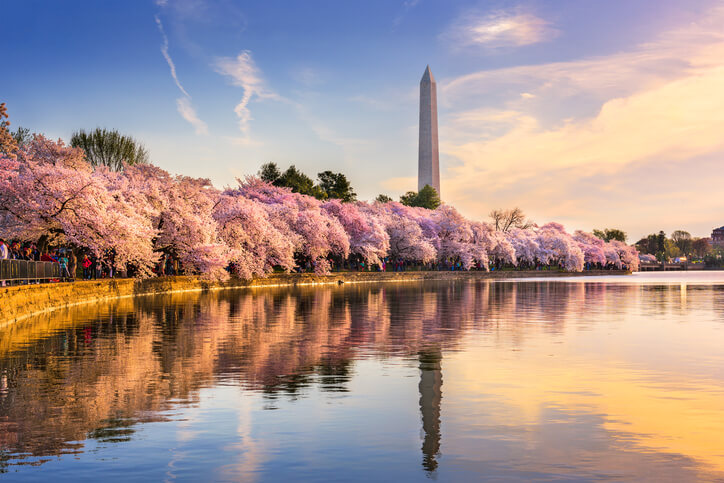 Where to start: Health care travelers working allied travel jobs could spend entire assignments and then some seeing the historic destinations in our nation’s capital. Start with an all-encompassing bus tour for the big picture. Then visit the Capitol and White House; Ford’s Theatre (new exhibits include the gun that killed Abraham Lincoln and the clothing he wore that night); the deeply moving Holocaust Memorial Museum; and the new Smithsonian African American Museum (online tickets a must).

Also must-sees: Arlington National Cemetery and Vietnam Veterans Memorial, as well as the other memorials on the National Mall.

Down-time destinations: Check out offbeat historic destinations like the Mansion on O Street, the Brewmaster’s Castle and Union Station. Or you could tackle the 17 museums of the Smithsonian Institute.