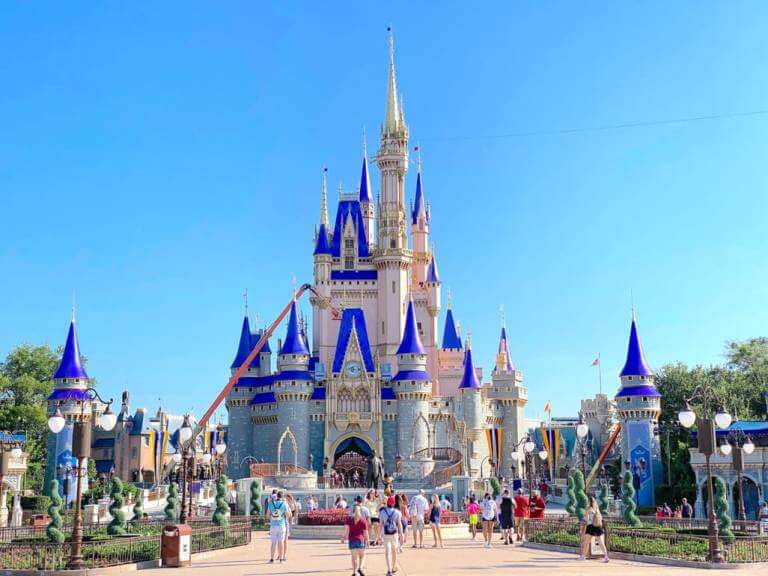 This week, thousands of speech professionals will journey to Orlando, Florida for the ASHA convention. As someone who grew up in the land of the mouse, let me tell you that a trip to Orlando without encountering the D (Disney) word is an impossible task. It’s a city where all of its buildings exist in an imperceptible state, unable to escape the real city hall…a castle. In fact, the city is nicknamed the “magic” city and its one pro sports franchise follows suit with the NBA’s Orlando Magic. Ever since Walt Disney bought up acres and acres of Central Florida swampland in the mid-’60s, Orlando has become a titanic (Disney)world destination. The park is pretty much the same with one big exception.

In the old days, Disney really pushed its iconic characters: Micky, Donald, Minnie, etc; and while they are still a big part of the experience, it's obvious that now – with the relentless marketing magic of movies like Frozen, Tangled, Brave, and Beauty and the Beast – it’s a princesses world and we are all just living in it.

This year, Disney has offered after-hour discounts and special ticket rates for ASHA Convention attendees. So if you are considering a quick dive into the belly of the beast on your otherwise “professional” trip, here are a few Magic Kingdom attraction reviews for your benefit.

Space Mountain
Yes, there are scores of coasters that go higher, faster, and invite a greater degree of fear. Yes, the “mountain” looks like someone’s idea of a future space station in 1960 with extremely unappealing ascetics. Yes, the wait can be interminable.  And yet, this is simply a classic that still delivers on a visceral level with a truly original spin. Riding a roller coaster indoors in a pitch-black environment where you can’t see where the next bend coming is an exhilarating experience. Throw in the futuristic soundtrack, deafening screams, and this is a roller coaster that exceeds its reputation.

The Haunted Mansion
This is an old ride filled with 70’s kitsch that somehow works. The scares all come with a big sense of fun rather than terror. In fact, I can’t think of another straight theme park ride that by itself inspired (an admittedly terrible) movie. Filled with old-school gimmicks – like an expanding room and hologram ghosts appearing by your side – and hokey humor that guarantees genuine smiles, this is one to treasure.

Winnie the Pooh
This is a newer ride that perfectly captures the whimsically sweet vibe of Christopher Robin and friends from the books by A. A Milne. The ride has just enough mystery to keep it interesting for older kids while delivering large doses of Tigger, Pooh, and company for the smaller tikes. Many people were disappointed when the “Mr. Toads Wild Ride” attraction closed years ago but thankfully this is a worthy successor with similar flights of madcap brilliance.

Tomorrowland Speedway
Unfortunately, this attraction is missing the “speed” in speedway. Loud, and bumpy without the benefit of actual collision like bumper cars, this experience is a dud for most kids. The track is ugly and the ride lacks any association to a Disney character. My 3-year-old daughter thought she was riding Mario Kart.

Jungle Cruise
Unlike the sly, subversive, and classic charms of the Haunted Mansion, this dated ride just feels…well, dated. The animatronics lack creativity, the jokes uttered by the cruise captain are supremely corny and stale, and the ride can be borderline offensive to modern sensibilities. It’s a ride where you and the other tourists look at each other with knowing embarrassment.

It’s a Small World
I actually have mixed feelings about this one and if you have little kids (2-5 years old) it can really deliver. My daughter loved it and multiple rides later I remember why that song gave me nightmares as a child. It is relentless and buries itself in your head and stays there like an annoying relative that’s overstayed their welcome. However, I must admit the message of unity and diversity of culture is a worthy one and its lack of commercialism in comparison to the other Disney experiences is refreshing…but, that song. Ugh.

Enjoy ASHA and stay tuned for more Orlando tips all week. Until next time…